As part of a comprehensive effort to address the plight of court reporting education, in 2013, the National Court Reporters Association (NCRA) commissioned a study to assess the demand for court reporters and captioners across the United States. The study was conducted by an independent third party, Ducker Worldwide, which has regularly conducts such research in various industries.

SUPPLY OF COURT REPORTERS IS DECLINING 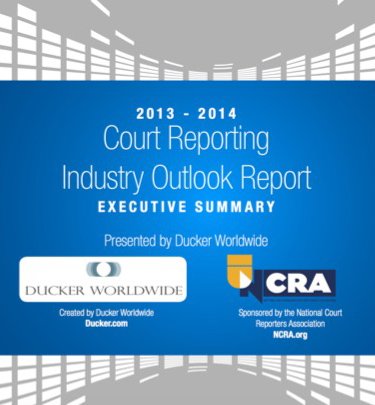 One aspect of the study – the Court Reporting Industry Outlook, which came to be known as the “Ducker Report” – was of little surprise to anyone who has been associated with the court reporting profession over the past two decades. With the median age of court reporters trending upward and fewer court reporters emerging from schools, over the next several years, many more reporters will be leaving than entering the profession.

DEMAND FOR COURT REPORTERS IS INCREASING